How can we help?

Cutting casings ’in the middle of nowhere’

After getting his degree in Business Administration, Jan Mark de Horn (26) more or less smoothly sailed into the casings world. During his internship in China, he wrote his final thesis on casings. He enjoyed himself abroad and the casings industry turned out to be quite interesting. When Jan Mark noticed an ad about the management traineeship at Van Hessen, he remembered that name from his thesis. It didn’t take him long to send in his application.

“Initially, the international aspect of the casings industry appealed to me. I love the challenge of departing for the unknown and traveling to the middle of nowhere. And there you are, responsible for fixing a problem or managing a job. You don’t know who you will encounter and with whom you will have to collaborate. I just love that.” Van Hessen’s traineeship offered the possibility to engage the adventure abroad and Jan Mark was sold. “Of course this is about more than traveling,” Jan Mark quickly admits. “The combination of freedom and responsibility is what makes this work so challenging and attractive.”

As far as Jan Mark is concerned, a casing is a beautiful product of nature. At first, he sometimes wondered what he had gotten himself into but then he started noticing how beautiful the natural casing is. The casing makes a long journey as the entire supply chain is characterized by complexity. “When the casing enters the gutroom, you know that countless human actions are going to be needed before it becomes a finished product on a shelf in the supermarket. Now, when I walk around in a grocery store, I proudly think: Van Hessen did that!”

The traineeship opened up the possibility for Jan Mark to play a significant role in the introduction of the new casings knife. This knife has been developed by Van Hessen. With it, casings are separated more easily from the bowel package. It makes it easier to separate casings without whiskers (threads) and windows (holes). This is important for Van Hessen as the company is always looking for higher yields and better quality. 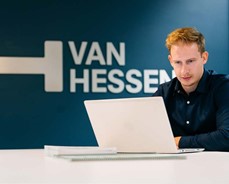 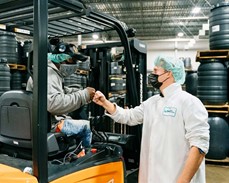 “About a year ago, I was added to the project team,” Jan Mark continues. “Since that time I’ve been involved in the implementation of the new knife in gutrooms in the United States and Europe. What struck me during the introduction of the knife, was the way people felt uneasy about it. For people who have been in this trade for years, it can be a rather challenging switch. Transformation is always difficult. For everybody. At various locations, I had to not only introduce the knife but also anticipate the emotions of people who suddenly saw themselves forced to completely change their set ways. It’s about more than a technical explanation; you need to create a certain vibe that gets people excited.” Jan Mark considers it a wonderful challenge to “manage” people’s emotions and help them change. “I often behave like a chameleon in that I empathize with where people are at. I want them to feel that.” At the end of the day, the introduction of the new technology turned out to be partly dependent on successful transformation management.

There was a twofold strategy that facilitated the successful implementation. On the one hand, Jan Mark’s arrival had been preceded by elaborate video training through Van Hessen’s new E-learning platform. This training explained everything about the knife from its use to its maintenance (see side story). On the other hand, even though Jan Mark is new to the trade, the production team had done everything to ensure that Jan Mark was truly an expert with the new knife. To make that happen, Jan Mark spent a good deal of time in Belgium under the tutelage of Thomas De Winter, the project manager of the new knife. Jan Mark spent a long time cutting casings before he got the hang of the new technology. “Of course, the knife is indeed easy to use,” admits Jan Mark, “But I had to know everything about it to be able to convince colleagues with years of experience that the new knife is indeed better.” 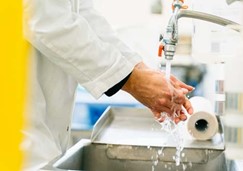 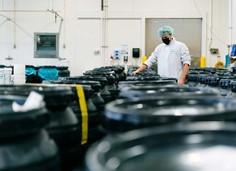 Well-prepared Jan Mark took off for the United States. The first city on his itinerary happened to be Beardstown, Illinois. With the new knife he was going to help the employees of the local gutroom to ensure that from now on whiskers (the threads that can occur on casings) would be eliminated easily and efficiently. A lot depended on how Jan Mark managed things on the ground when it came to demonstrating the knife in gutrooms. There was a certain risk involved but because of the travel limitations in place, it wasn’t possible to travel to America with a large group. And so Jan Mark simply went for it: “You can only convince workers in the gutroom when you are one with them. That’s why I sometimes worked days of 14 to 16 hours. That is tough, but it is the only way. You have to remain friendly, easy-going, humble, without so much as a hint of arrogance.”

The results did not disappoint. Not without some pride, Jan Mark recounts how it went. “During a demonstration, one American gutroom worker with years of experience exclaimed ‘I never saw such beautiful casings in my entire life.’ It shows how well the new knife works,” says Jan Mark, “especially when a rookie like me can produce such results. It also shows that as a team we prepared the introduction well. It is such a big project; there are so many stakeholders and so much depends on it. This was not allowed to fail and I’m grateful it turned into a success!”

At the time of this writing, Jan Mark is already back in the United States to support Van Hessen in the continued implementation of the new knife. 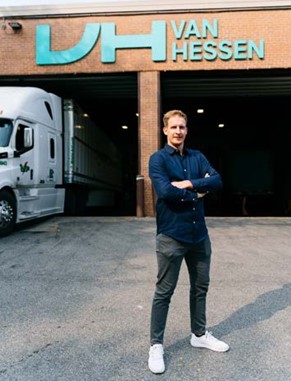 Van Hessen Academy played an essential role in the successful implementation of the new knife in the United States. The E-learning module developed for the knife was both in English and Spanish and addressed the roles of employee and manager. In no less than 20 videos with accompanying course material, everyone received instructions on how to cut with the knife, how to handle it safely, and how to clean and maintain it. Before employees were allowed to work with the knife, they had to complete the E-learning training first. In the coming years, E-learning will be playing an increasingly important role for Van Hessen. Not only to introduce new technologies but also to train new employees and to anchor and distribute knowledge in the organization. As has become clear with the introduction of the new knife in the United States, E-learning will help Van Hessen to become more agile.

Looking for a traineeship?
https://werkenbijvanhessen.com/traineeships/