How can we help?

Entrepreneurship is one of Van Hessen’s core values. For Van Hessen, entrepreneurship means everyone seeks to initiate improvements. It means having the courage to make decisions and take new directions. That’s the only way to make a difference. But what does it mean to be courageous or to make a difference? How do Van Hessen’s people initiate improvements in the myriad work situations they find themselves in?

To find an answer to this question, we’ve asked four people within Van Hessen to share with us what entrepreneurship means for them. We wanted to know how they make this core value concrete in their particular situation. We spoke to Roberto Druetto, Commercial Director of Van Hessen, Argentina. He shares with us his experience of a takeover. Next, you read about André De Winter, Managing Director of Van Hessen Belgium. He initiated the takeover of former Belgian company De Winter Natuurdarmen. He addresses the delicate balance between entrepreneurship and cross-cultural differences. Frans Wellink shares with us his experiences during his traineeship. How much maneuvering room does someone new to the organization get? We asked Jay Gotteiner, Managing Director for Van Hessen Canada, about his experience selling Van Hessen’s products.

Time and again it becomes clear that entrepreneurship is so much more than making a good deal. In the end, innovation, courage, wisdom, perseverance, as well as the deliberate choice to grant one another room to maneuver, make the difference. 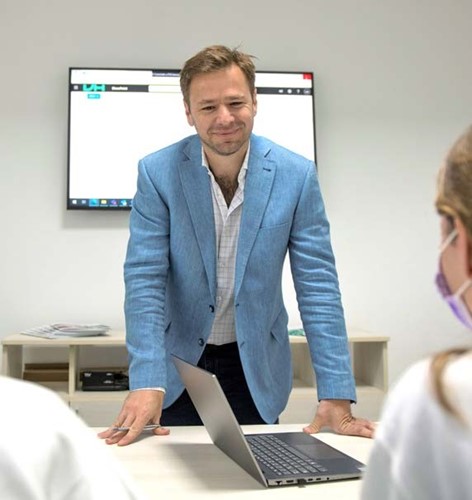 Roberto Druetto is Commercial Director of Van Hessen Argentina. Before the takeover, Roberto had already been working for 15 years as the export manager of the same company. Even though Roberto is familiar with the world of hog casings, the new role of Commercial Director proved to be a significant challenge.

First of all, there was his new role as Commercial Director. Roberto is quick to emphasize the collaborative effort: “Roland Furst, the Financial Director, and I are working as a real team. I also report to Vladimir Walk, the Managing Director for South America. He understands South American culture well which is very important for doing business here. He has helped build a cultural bridge between Argentina and the Netherlands. The communication between us is very open. We get the opportunity to explain the differences between South America and Europe. South America may be very different from the rest of the world, but even within this continent, Argentina is completely exotic. There are many opportunities here but also significant risks. Every day we work hard to survive the regulations. We closely monitor our relationships with governing bodies in an economy that is not as free as elsewhere”.

“Another challenge was the impact of the takeover on the domestic casings industry. Many companies were worried about what this was going to mean. We continued operations in Argentina as they had been to create as few waves as possible. We did so by meeting targets, volumes, and profit margins. From day one, Van Hessen stepped into a fully operational plant. This meant keeping the production going, paying the salaries, talking to our suppliers, and shipping runners. The transition was therefore not easy but we managed to do it and now the main objective, from an entrepreneurial point of view, is to consolidate Van Hessen’s position in Argentina”.

As Commercial Director of Van Hessen Argentina, Roberto exercises entrepreneurship in many areas. “I have the freedom to make decisions. My superiors trust me to chart the right course. I like this the most about Van Hessen. Of course, such freedom brings responsibility. At the end of every month, we must report and show results. I love this because it allows me to show what we accomplished over a certain period. On the other side of the table, my colleagues listen and provide support wherever the need arises. 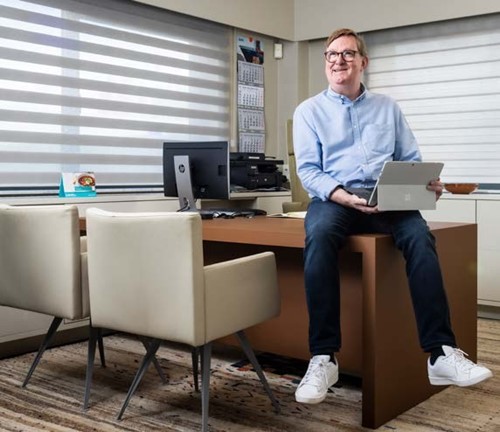 A conversation with André De Winter about entrepreneurship inevitably leads to a discussion about the cross-cultural differences – and thus styles of entrepreneurship – between Belgium and the Netherlands. De Winter is Managing Director of Van Hessen Belgium. He is one of the previous owners of what was once Flemish company “De Winter Natuurdarmen” (De Winter Natural Casings”). “You want to know why we joined a Dutch partner? Well, we felt that the time was right to get on board with the big boys.”

We could no longer avoid it. I could not find a more suitable company, however, than Van Hessen in The Netherlands. After all, the relationship had already been very good for some 25 years.” Not much has changed with the takeover: “I still bear the ultimate responsibility just like I did in the thirty years before the takeover. Nobody has expressed the desire to change this.”

In Belgium, the takeover did not go unnoticed. Newspaper, De Tijd, for instance, devoted a full-page article to the takeover. It said: “Misery, misery, misery when Dutch and Flemish people have to collaborate.” André smiles: “In the article, I made it very clear: This is not going to be a problem for me. We will be able to adapt from both sides. I know this is going to work!” This is exactly what happened. “The reason for my confidence was in the fact that I had already known Van Hessen for a long time and that Van Hessen was also very much aware of our Flemish mentality.” De Winter jokes: “What I did was perhaps strange in the eyes of Van Hessen but they had learned to consider it normal and vice versa.”

De Winter does not belittle the cultural differences and how profound their influence can be for a successful business operation across national borders. Yet, he has nothing but praise for the way management in The Netherlands gives him all freedom to run the operation in Belgium. “The cultural differences between the Flemish and the Dutch are, even though we speak the same language, perhaps even bigger than the ones between us and the Chinese. That’s why I have a free mandate to prevent any mistake that could be the result of cultural differences.” This freedom is also expressed in the maneuvering room for entrepreneurship. “Many takeovers fail because of too drastic changes on part of the buyer. In that regard, Van Hessen has a different strategy that results in Van Hessen Belgium being an independent entity with lots of freedom. I’m still an entrepreneur but now as part of a larger group 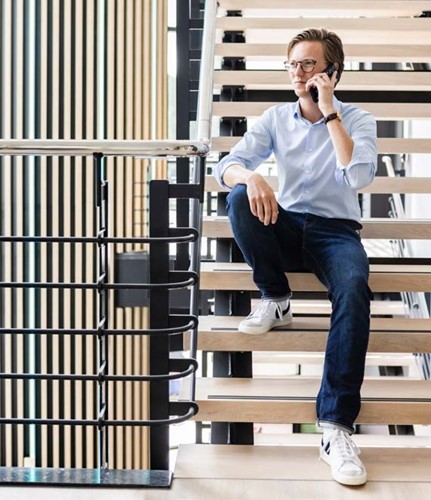 Frans Wellink recently concluded his traineeship and is now part of Operations as Assistant Manager. He is the right-hand man of the Director of Operations, Arat de Waard. Operations is a field close to Frans’s heart. You get to deal with many different aspects of the company: from supply chain to logistics, from transportation to purchase and sales. “It may sound like a cliche but Van Hessen is a very dynamic company and I find that very interesting.”

“Dynamic” was indeed the experience. During his two-year traineeship, Frans learned that Van Hessen values initiatives. “We have a lot of projects in Operations. Because Arat trusted me, I could take the lead and be in charge of projects. One of our suppliers was working on a project in Romania, a country with potential for the meat sector. I was already working on a similar project in a gutroom in the Netherlands and had already written a case study about valorization. So I took a deep breath and suggested that I take care of the project in Romania. Next thing, Arat and yours truly were writing a scenario for how, in our view, a gutroom in Romania could become successful and what steps would be needed to get there. The project took off over a very short period. Within four months the first animals were slaughtered. Of course, there was a steep learning curve – not just for me, but also for Van Hessen, because this is a new market. But we are operational as I speak.”

Says Frans: “What makes Van Hessen special is the combination of the focus on results and the ability to work in a team in which people respect each other and give each other space.” According to Frans, Van Hessen has a special take on entrepreneurship. “We operate on a market that is constantly on the move. We move back and forth between opportunities and restrictions. There’s never a dull moment! In all these situations, it is important to always see the business opportunities. You need to move quickly, and, if needed, chart new courses. In this case, Van Hessen makes this happen by piggy-backing with its supplier to Romania. It is also noticeable in the way a trainee gets maneuvering room to develop initiatives and be in charge of projects. 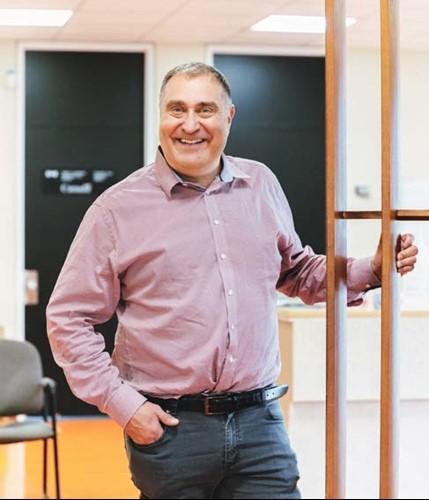 As Managing Director of Van Hessen Canada, Jay Gotteiner is not directly involved in the procurement or selection of casings. This doesn’t stop Jay and his staff from being very excited about the products they are selling in their part of the North American continent. “Though we don’t operate gutrooms or selection plants, I spent plenty of time in them. It was part of my training to not only see casings but to touch them, feel them, smell them, and “live” them,” says Jay with a big smile.

While entrepreneurship and especially salesmanship have my passion, they mean different things depending on the environment. Since our office in Montreal is relatively small everyone here has a lot of different tasks to perform. I deal with purchasing material, not just casings but everything we need to run our office. Since I don’t have an HR manager, I get to take care of my employees as well. Sometimes this even includes ordering lunch or organizing the afterhours barbecue,” explains Jay. “I don’t have the luxury of concentrating on only one task.”

“That said, sales are still my priority and on that front, my experience as an entrepreneur with Van Hessen has been fantastic. I was hired, trained, and then left to do my own thing. Though I have plenty of prior business experience, the decisive thing with Van Hessen is that everything is in place. We have all the tools we need. From fantastic business software and a marvelous supply chain to a very efficient system for getting the product to our clients in Canada. The most important thing though is Van Hessen’s top-quality product. What more can a salesteam wish for? I often feel like that bunny in the commercial who runs on extra durable batteries and just keeps going forever.”

Jay did what he does best: “All I had to do was turning it around: matching potential customers with our product. We committed to making one new customer per month and that adds up over time as you can imagine!” For Jay and his team, this was no problem: “It goes further than Van Hessen having a good product. The infrastructure and the supply chain are unparalleled. Van Hessen’s product and business and both are perfect. All paths are cleared to sell. All in all, I have the freedom to do what I want to grow Van Hessen in Canada. Who knows what that means, laughs Jay, “Maybe Van Hessen Canada will be operating gutroom in the future!”